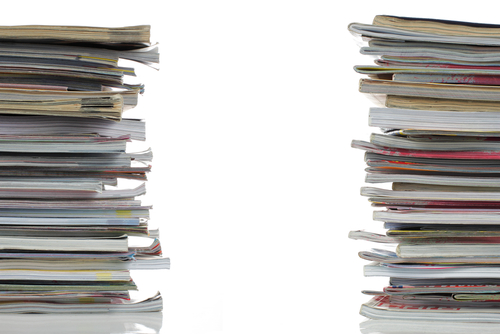 This One Change Would Help Businesses Survive Lockdowns and Convince Governments to Shorten Them, PJMedia.com, May 14, 2020

The Year I Met Margaret Thatcher…Twice, Center of the American Experiment, April 8, 2019

Be Proactive to Minimize Your Liability as a Landlord, Simply Residential Property Management Blog, March 16, 2016

Everything You Need to Know About The Vacant Supreme Court Seat (But Didn’t Know Where to Ask), North Wright County Today, February 19, 2016

Have You Made New Year’s Resolutions for Your Business?, North Wright County Today, February 8, 2016

Show Me the Money: Crowdfunding Your Brewery, The Growler, July 25, 2014

So You Want to Start Your Own Distillery? Ten Key Legal Steps You Need to Take, July 2014

Choosing the Right Attorney for Your Startup Business, June 2014

The Byron Smith Case: How Far Can You Go to Legally Defend Your Home?, North Wright County Today, May 7, 2014

“To Link or Not to Link, That is the Question: A Primer on LinkedIn Etiquette”, CIC Midwest News, Spring 2014

To Leave or Not To Leave:  Determining Minnesota Residency for Tax Purposes (Co-Authored with Robert P. Abdo), Fall 2013

What is the Board’s Role in the Association’s Facebook Page?, CIC Midwest News, Winter 2012

“The Power of Social Media as a Networking Tool (Based on a True Story)”, Social Media Lawyer, CIC Midwest News, Summer 2012

“Social Media and Other Sites that Can Save You Time and Money”, Social Media Lawyer, CIC Midwest News, Winter 2012

“How to Deal with the Bad and the Ugly of Social Media”, Social Media Lawyer, CIC Midwest News, Fall 2011

Creative Solutions from Practitioners in Dealing with Real Property Issues and the Increase in Drafting Language to Deal with the Possibility of Foreclosures in J&Ds (co-authored with Lymari J. Santana), Family Law Forum, Winter 2011

Thinking About Using an Illinois Style Land Trust – Why Would You Do That? (co-authored with Earl H. Cohen), Mansfield Tanick & Cohen, P.A. eWatch, December 2010

Contract Tips That Will Save Your CIC Money, CIC Midwest News, Fall 2010

Developing an Effective Communications Program for Your Community in the Digital Age, CIC Midwest News, Summer 2010

Why Do I Need an Attorney When Starting a Business, About.com (contributing poster)

Be Your Own Boss: For Some, Self-Employment Could be the Way Out of the Recession, Mansfield Tanick & Cohen, P.A. E-Watch, September 2009 (Co-Authored with Rich Muller).

The Basics of Contracts for Deed and Rent to Own Transactions, CIC Midwest News, Spring 2009.

Following the Rainbow to the Pot of Gold: How a Well-Crafted Business Plan Lays the Foundation for Business Success in Good – and Bad – Economic Times, Mansfield Tanick & Cohen, P.A. E-Watch, March 2009 (Co-Authored with Pete May).

United States and International Efforts to Prohibit Bribery of Foreign Officials: From the Foreign Corrupt Practices Act to the OECD and Beyond, 1999

Blueprint for a Free Society: An Analysis of Thatcherism, 1997

Myth of The Robber Barons: The Role of Business in a Free Society, March 1997