Jeffrey O'BrienPosted on May 1, 2020 Posted in Blog 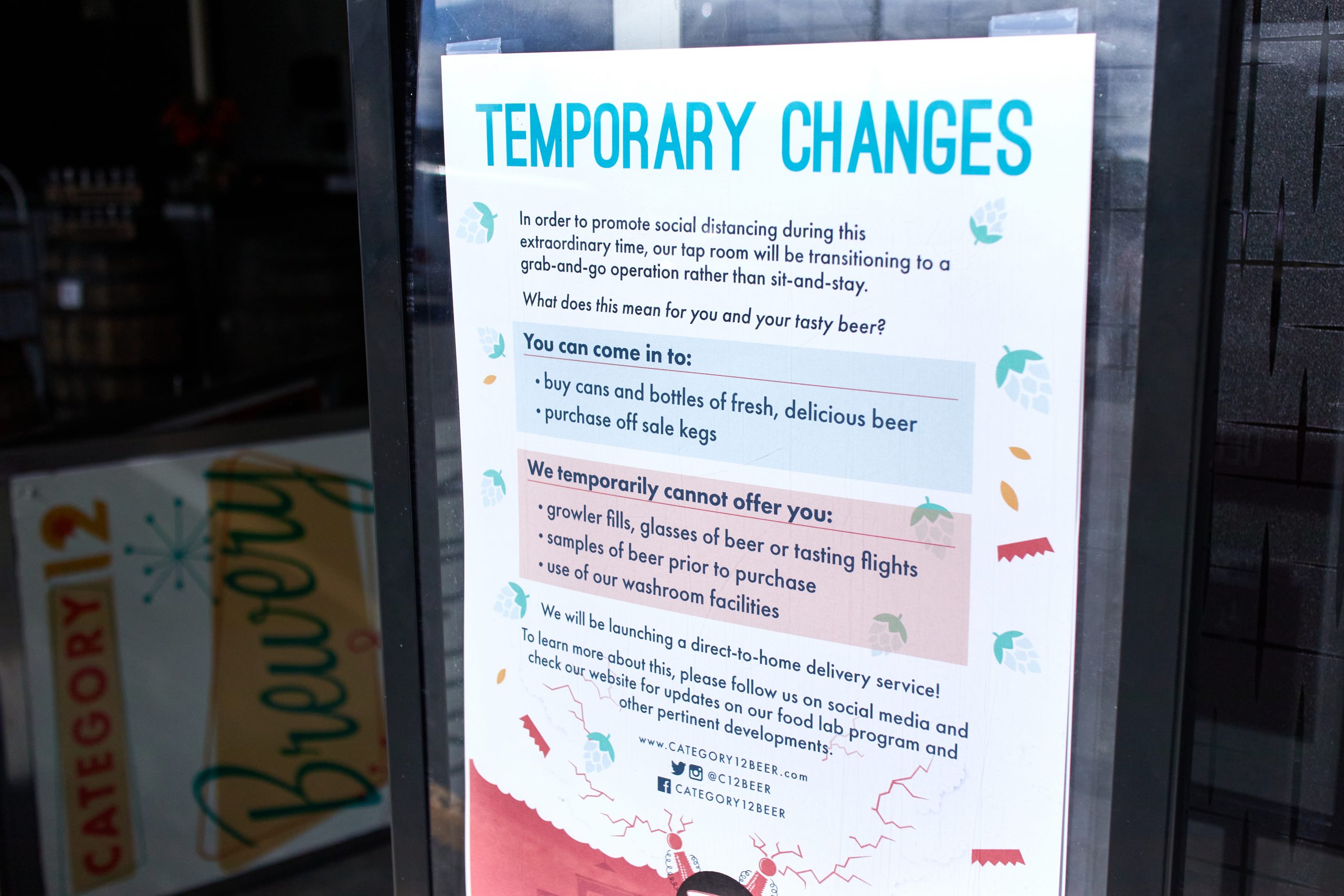 We must, indeed, all hang together or, most assuredly, we shall all hang separately

On the morning of Thursday, April 30, following a flash of their “bat signal”, I called in to Justice & Drew to discuss, along with my good friend Andrew Schmitt, the current state of Minnesota’s craft brewing industry in the wake of Governor Walz’ continued COVID-19 shutdown orders. You can listen to our discussion here.

Our discussion came about in the wake of a flare-up at the State Capitol between the Minnesota Craft Brewers Guild and the “liquor coalition” consisting of retailers, wholesalers and the Teamsters union. With rare exceptions (see Sunday sales), no change in Minnesota liquor law is made without the coalition’s blessing.

This time, it was the Guild’s proposal to temporarily allow breweries to sell 12 and 16 oz. cans direct to consumer to supplant the lost revenues from their taprooms. After watching bars and restaurants be allowed – temporarily – to sell beer and wine to go with carryout food orders, when the Guild’s proposal was rejected, they took to social media a la Howard Beale in “Network” to proclaim that they were mad as hell and weren’t going to take it anymore.
As an attorney who works with breweries and bars, I have friends on both sides of these debates and I understand their respective positions. Do I agree with the Guild that Minnesota law should conform to the laws of the other 49 states and allow breweries to sell vessel sizes other than large growlers (which, by the way, are in short supply at the moment) and 750 mL containers? Absolutely (and no doubt my good friend, Tony Chesak, Executive Director of the Minnesota Licensed Beverage Association (“MLBA”), will kick my butt later for saying this). That being said, picking an item off of your wish list of permanent changes and proposing it as an emergency measure is a not a good idea and the eventual opposition from the coalition was to be expected.

The fact of the matter is that allowing breweries to sell 12 and 16 oz cans will not come anywhere near replacing the revenue lost due to closure of the taprooms (which represent 60-70% profit margins for the breweries). Of course, while we’re dropping truth bombs, selling beer and wine to go on carryout orders won’t save bars and restaurants.

There is only one thing that can be done to save all of these businesses: Governor Walz needs to let them open the hell back up.

Instead of fighting with each other, the Guild and the MLBA need to sit down – and have Hospitality Minnesota and the Minnesota Distillers Guild join them – and create a universal plan to safely reopen bars, restaurants, taprooms and cocktail rooms which can be presented to Governor Walz. This plan should at a minimum include social distancing and employees’ use of personal protective equipment (PPE).

I disagree with Governor Walz’ repeated extensions of the shutdown orders. What I have learned, however, in almost twenty years of practicing law, is that compromise oftentimes nets you a decent result. In this instance, I would advise manufacturers and retailers to work together on a plan to move the Governor’s “dials” to “open”. We can get back to fighting about the overall scope of Minnesota liquor law once we’re all making money again.