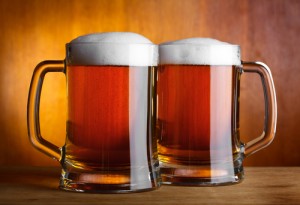 Recently KARE 11 News ran a story speculating about whether a “bubble” exists in Minnesota’s craft beer industry, and if so, when will it burst?  Check out the video here, which features some nice commentary by my good friend, Andrew Schmitt, head of Minnesota Beer Activists.

To sum up the story, and to quote my good friend, there is a limit, but we haven’t hit it yet.

I agree, but I would expound a bit as to whether craft beer’s rate of growth in Minnesota could be better.  I believe that it can, with a few tweaks to the system.

I do not believe that Minnesota’s craft beer industry has hit a “saturation point” whereby the market cannot sustain any additional breweries.  A quick comparison between Minnesota and Oregon (which is considered by many to be the ultimate craft beer state) bears this out.

I and several other members of Minnesota’s craft beer industry attended the 2015 Craft Brewers Conference (“CBC”) this past April.  At the opening session, there were some remarkable statistics presented.  First, that the City of Portland, Oregon alone has over 100 craft breweries; the State of Minnesota in its entirety is just reaching this level, and we’re talking about bubbles.  Overall, Oregon has over 200 craft breweries.

To get to the levels approaching Oregon’s, however, and to prevent an oversaturation, Minnesota lawmakers need to deal with a potential chokepoint; namely, our beer franchise law, which artificially limits the growth of new breweries and results in concentrations of brands in certain areas (such as Minneapolis and St. Paul) instead of spreading distribution across the state as a whole.

What does franchise law have to do with craft beer?  Plenty.  Steve Hindy, Co-Founder and President of Brooklyn Brewery, wrote in the New York Times last year about the struggles which craft breweries have with the states’ system of beer distribution.  As Mr. Hindy stated:

Almost every state franchise law demands that breweries sign a strict contract with a single distributor in a state — the so-called three-tiered system. The contracts not only prevent other companies from distributing a company’s beers, but also give the distributor virtual carte blanche to decide how the beer is sold and placed in stores and bars — in essence, the distributor owns the brand inside that state.

This model was enacted in the 1970s, when the industry was a lot different: Back then there were fewer than 50 brewing companies in America and 5,000 distributors. Many small distributors carried beer only from one large brewer, and they needed protection in case the brewer they represented wanted to pull its product.

But today, while Big Beer remains big business, there are more than 2,700 breweries, and fewer than 1,000 viable distributors, so that relatively few distributors control huge sections of national territory, and each one can take on dozens of large and small breweries’ brands.

Nevertheless, state laws continue to empower distributors to select brands and manage them however they want — selling those they choose to sell, while letting other brands sit in their warehouses. The only recourse is to sue, and many small breweries lack even a fraction of the resources needed to take on a big distributor in court. As a result, they’re stuck with the bad distributor, which severely hampers their ability to perform and grow as a business.

Mr. Hindy’s article, which can be found here, advocates for states to follow the lead of Colorado, New York, North Carolina, Washington, and a few others, by enacting “small brewer exemptions” from their respective beer franchise statutes.  In other words, if your production levels were below a certain amount, you would not be subject to the more onerous of the franchise law provisions.  This would, in theory, remove a critical barrier for an emerging brewery to sign on with a large distributor, as small breweries could essentially “test the waters” with a distributor (or multiple distributors) in order to find the right fit.  With a distributor relationship in place, breweries can focus their time and money on production rather than on self-distribution (which presently serves as an end-around relative to the onerous franchise laws and which carries significant costs in terms of sales personnel, vehicles and maintenance of said vehicles).  Additionally, working with knowledgeable distributors will allow broad flow of brands across the state instead of simply being concentrated in Minneapolis, St. Paul and Duluth.

The third takeaway from CBC also leads to a discussion of a second chokepoint that is artificially restraining our marketplace.

In addition to their annual campaign against allowing a legal business to be open on every day of the week if it so chooses, Minnesota’s retailers also fight strenuously (i.e., pay legislators a lot of money to kill in committee) proposals to allow grocery and convenience stores to sell anything beyond 3.2 beer.  However, according to the Brewers Association, as well as the convenience store industry, convenience stores represent a huge growth market for craft beer.

So there you have it folks.  If Minnesota wants to see continued growth in its craft beer industry such that it reaches the levels of states like Oregon, then some significant legislative changes are in order, and if our current crop of elected officials are not willing to stand up to the special interests to do so, then they need to go as well.