↓ Skip to Main Content
Home › Blog › How Tony Oliva Became My Favorite Twins Player, and Why He Belongs in the Hall of Fame

How Tony Oliva Became My Favorite Twins Player, and Why He Belongs in the Hall of Fame 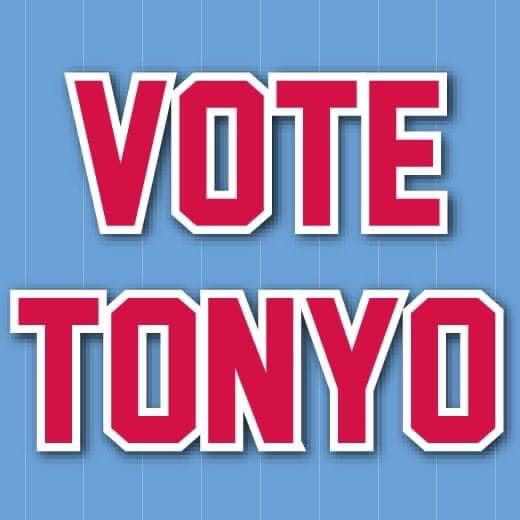 UPDATE: Tony Oliva was elected to the Baseball Hall of Fame, getting 12 of 16 votes of the Golden Days Era Committee.

As I write this, we are mere hours away from the Baseball Hall of Fame’s Golden Days Committee voting on the candidacy of my favorite Twin of all time, Tony Oliva.

I never had the privilege of seeing Tony play live, so how, you ask, does a guy who last played when I was a year old become my favorite player?

Let’s start back in the summer of 1987, when my brother, Scott and I participated in the inaugural Tony Oliva Hitting School at Dred Scott Field in Bloomington, Minnesota.  My Dad told us of Tony’s legend and specifically his amazing hitting abilities.  Tony came to the camp halfway through, accompanied by Kirby Puckett (who was then my favorite player) and it was a moment which I have never forgotten.

Scott and I would return for the second edition of Tony Oliva’s hitting school in 1988, and again met Tony and Kirby.

But it was an encounter in August 1987 that elevated Tony O to most favored status for me.  Scott was named an honorary batboy for a Twins game against the Oakland A’s and our family was going to get to go down on the field before the game, meet the players and get autographs.  We were pumped.  My Dad bought each of us a baseball to have signed, and since they were playing the A’s, we grabbed our 1987 Topps Mark McGwire cards in the hopes that we could score some ink from Oakland’s rookie phenom.

When we got to the field, our escort from the Twins right away said getting McGwire was a no-go; he was described as a “real jerk.”  And our McGwire cards went into Mom’s purse for the duration of the evening.

As we watched batting practice, a handful of players migrated over to take photos and sign our baseballs.  Puckett and a half dozen other players stopped by, but some of the team’s biggest stars – Kent Hrbek, Frank Viola and Bert Blyleven, to name a few – were no shows.  Our escort tried to summon Juan Berenguer over and Mr. Berenguer waved him off.

And then, just as this was turning into a lousy experience, Tony Oliva stopped by and saved the day.  He was charming and gregarious, as he always is.  He told Scott that he liked his Tony Oliva Hitting School shirt, took photos with us and signed our baseballs. He signed mine on the same side as Kirby and that ball remains my most cherished sports collectible.

Four years later, in 1991, our family was in attendance when the Twins retired Tony’s #6.

Years later, when throwback jerseys became a thing, I picked up a Tony Oliva #6 jersey.  I have worn it to numerous games, including Game 163 in 2009, 4th of July 2010 and this past year’s reunion of the 1991 World Series Championship team (for which Tony O was the bench coach) where I met DJ Skee as well.

A few years ago I had the privilege of being introduced to Tony’s daughter Anita, and have since worked with her on several projects related to her Dad, including the licensing of the old Tony Oliva Hitting School shirt design to SotaStick after my innocent messing around on Twitter led to an interest in recreating the shirt – and that shirt now rotates with the #6 jersey when I attend Twins games.

Tony’s story is an amazing one.  After arriving in the U.S. from Cuba, he found himself unable to return home for decades after Fidel Castro came to power.  He faced Jim Crow laws in the southern U.S. in the late 50’s and early 60s.  He has been the one constant in the Minnesota Twins organization, linking Killebrew, Carew, Blyleven, Puckett, Hrbek, Mauer, Morneau and Buxton.  He is the only Minnesota Twin to be a member of all three World Series teams (in 1965 as a player, in 1987 as the hitting coach and in 1991 as a bench coach).  He is the greatest ambassador that Major League Baseball has ever had.

As for his statistics, Tony has three batting titles (including back-to-back titles in each of his first two seasons in the majors).  Add to that a Gold Glove and the fact that Tony is one of only three players to lead the league in hits for five years (Ty Cobb and Ichiro being the others).  The 1964 American League Rookie of the Year, Tony went on to be an eight-time All-Star.

Hall of Famers such as Rod Carew and Kirby Puckett have cited Tony as a mentor.

Speaking of Mr. Carew, he will be in the room as part of the committee, and he has vowed to do his utmost to get his best friend and former roommate a ticket to Cooperstown.

While other Golden Era candidates certainly had meritorious careers, unfortunately many of them are no longer with us.  Tony Oliva, however, is with us, and the committee has a unique opportunity to induct someone who is still here to enjoy it with fans, friends and family.

Tony needs 12 of 16 votes tomorrow to get in.  He missed by one vote last time.  Let’s hope that his wait ends tomorrow.

0 comments on “How Tony Oliva Became My Favorite Twins Player, and Why He Belongs in the Hall of Fame”

1 Pings/Trackbacks for "How Tony Oliva Became My Favorite Twins Player, and Why He Belongs in the Hall of Fame"