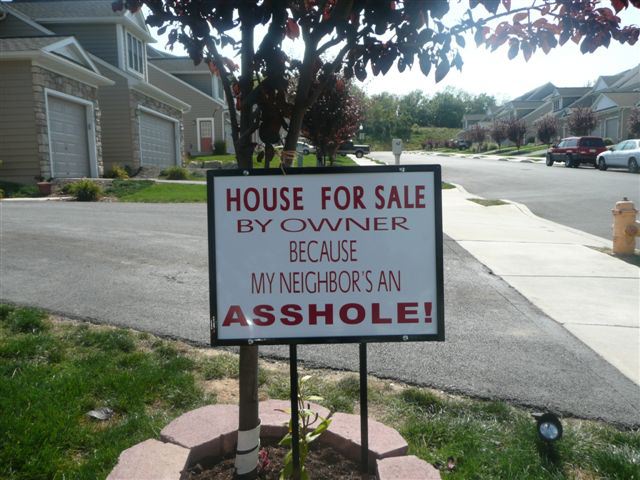 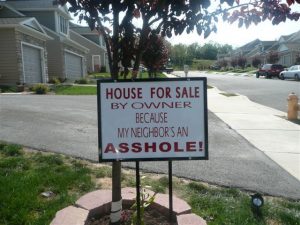 Just this past week, MinnPost.com posted a story about the Twin Cities housing market.  Apparently, 41% of Twin Cities homes are “underwater”, i.e., the homeowners owe more than what their homes are worth.

The fact that almost half of Twin Cities homeowners owe more than what they could get if they sold their home has profound implications for the local housing market; in essence, these homeowners are taken out of the pool of potential buyers for available inventory, as they would either have to come up with enough cash to pay the difference between the sale price and the mortgage balance at closing, or opt for a short sale (which would adversely affect their credit and prevent them from qualifying for a new mortgage for a new home, not to mention they would have no equity from the sale to use as the down payment for the new home).

What this means is that, unless they want to damage their credit, 41% of Twin Cities homeowners are stuck right where they are, and likely for the next few years.

A less obvious result from these statistics is that the possibility for disputes between neighbors is substantially greater as well, given that a homeowner who finds himself or herself at odds with their neighbor(s) does not have the option of moving out of the neighborhood as a means of resolving the situation.

Neighbor disputes have existed in this country as early as the 1880s with the Hatfields and McCoys, and come in many varieties.  Boundary disputes, nuisance noise complaints and trespass claims are all common types of neighbor vs. neighbor feuds.  On at least three occasions in nearly a decade of practicing law, I have consulted with people wanting to take legal action against their neighbor when the neighbor did something to his or her own property that my clients believed caused their own properties to flood.

There have been many well-publicized neighbor disputes in the last few decades.  Guns N Roses lead singer Axl Rose even penned a song “Right Next Door to Hell”  in the early 1990s about an ongoing feud with his neighbor.  The most famous – or should I say, infamous – neighbor dispute in recent years has taken place in Utah.  City councilman Mark Easton had a beautiful view of the East Mountains, until a new neighbor purchased the lot below his house and built a new home. The new home was 18 inches higher than the ordinances would allow, so Councilman Easton, mad about his lost view, went to the city to make sure they enforced the lower roof line ordinance. The new neighbor had to drop the roof line, at great expense.

Thereafter, Councilman Easton called the city, and informed them that his new neighbor had installed some vents on the side of his home. Easton didn’t like the look of these vents and asked the city to investigate.

When they went to his home to see the vent view, this is what they found: 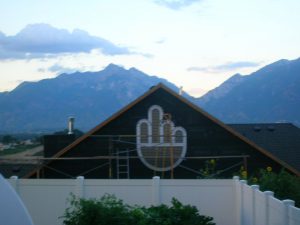 Neighborhoods with homeowners associations are particularly susceptible to neighbor disputes, especially in the current market.  With many associations being transitioned prematurely to (or should I say “dumped on”) the residents, resident-controlled association boards are left to oversee the enforcement of very complex covenants which oftentimes put some neighbors in the position of having the authority to tell others what they can do with their own properties.  This can lead to very bad situations.

I know whereof I speak.  Two years ago, I was installed as the President of my homeowners association after the developer went under and handed control over about five years earlier than expected.  Our neighborhood, a master planned community designed to attract young professionals and executives and their families, has, in addition to common amenities such as a community center, parks and a swimming pool, an extensive set of rules and regulations about what you can and cannot do with your property.  Among these rules and regulations are architectural and landscape guidelines and the provision for a committee (known as the Architectural Review Committee, or “ARC” for short) charged with overseeing compliance with the guidelines.

In the year preceding my election as President, the national builder in the neighborhood saw the market getting worse before it would get better and deeply discounted its remaining inventory.  The result?  Some buyers who did not fit the original target market of the neighborhood were attracted to cheap houses and access to the pool and did not pay much attention to the big binder of rules which they were handed at their closing.

I live next to one such example.  When I first stopped by my new neighbor’s house to introduce myself and give him a neighborhood directory on a cold snowy January morning, his first question to me was “where do I get my pool key?”  I had to explain to him that the pool was an outdoor pool and was closed for at least the next four months.  I should have realized then that I was in for an interesting time living next to this individual.

Once the residents took over the association and I started my term as President, my wife also became involved as part of ARC.  When the snow melted in the spring, one of the first ARC meetings involved reviewing a plan submitted by our new neighbor for landscaping and a deck.  Eventually the plan was approved with some revisions, but not after my neighbor’s contractor called my wife one evening (apparently given my wife’s number out of the directory) and castigated her about ARC and the association rules.

The construction process was another story.  After fielding complaints from residents about the mess left in the street by his contractor, I had no other choice but to contact the City, who in turn called the sheriff.  Needless to say, my neighbor was none too happy about this and somehow in his warped mind blamed my wife for the hassle.

Next came the inspection of the deck as requested by the ARC chairman.  That’s when all hell broke loose.  My wife was asked to be a part of the inspection committee (in hindsight, I wish I would have told the ARC chairman that this was about as stupid an idea as he had ever had) and by the end of the day, my neighbor stood on his front porch and yelled at her.  The next night, the association Board voted unanimously to send a letter to the neighbor explaining that he could not treat volunteers in that manner and that our neighborhood was special because of all the rules and regulations (which he apparently had not read).

Long story short:  one Board member (who was also the ARC chairman) decided to play out his Jimmy Carter diplomatic mission fantasy and created even more tension between us and our neighbor.  Later in the summer, my wife caught our neighbor trying to put a mouse which he had caught in his yard down the sump pump outlet in our yard.  Eventually, in October of that year, fed up with the childish behavior as well as my fellow Board member’s attempts to prevent me from resolving the issue (it was suggested that I not speak with him directly for some time, which I did in order to try to diffuse the situation), I gave up and quit the Board.

After that, I certainly wasn’t going to go speak to him (after all, I’ve got a law license to protect and I didn’t need false complaints being filed against me with the sheriff).  I did, however, post a few observations about that day and subsequent quirky behavior on social media sites, which has amused my friends to no end.  In fact, over the last year I’ve turned my goofball neighbor into quite the Facebook celebrity, delighting my friends with tales of his spraying weed killer all over himself in a windstorm, wiping his house down with a towel in a downpour and, in a most ironic moment, decorating his heavily discounted house with blue lights (blue light special; get it?).

Unfortunately, I am not the only person in our neighborhood with neighbor issues.  Another of the discount buyers has so many cars and so much junk in the front yard that Fred Sanford  would be proud, and any attempts to enforce rules against them leads to pushback and problems.

I can tell you from personal experience that neighbor disputes are not fun. At this point I probably have enough grounds for an injunction or restraining order against “my favorite neighbor” (as he’s known to my friends on Facebook), but I think the old adage that “tall fences make for good neighbors” will someday soon prove true in my case (of course, I’m at the mercy of the neighbors of mine who now sit on ARC to approve my desired fence).  Until then, however, I’ll make lemons out of lemonade by informing my friends of the exploits of the character living next door to me.