↓ Skip to Main Content
Home › Blog › If You Have a Minnesota Limited Liability Company Formed Before August 1, 2015, You Need to Read This

If You Have a Minnesota Limited Liability Company Formed Before August 1, 2015, You Need to Read This 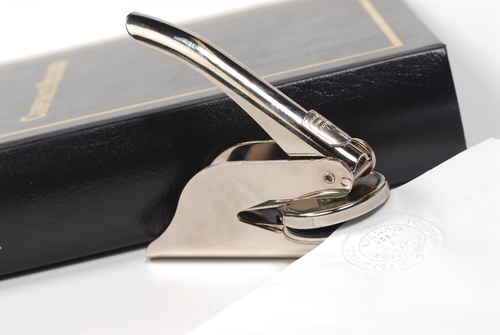 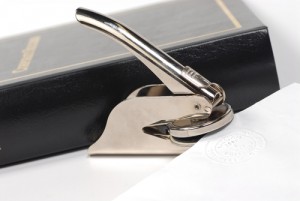 The Minnesota Revised Uniform Limited Liability Company Act, codified as Minnesota Statutes Chapter 322C, was passed by the 2014 Minnesota Legislature and signed into law by Governor Dayton on April 11, 2014.  The new Act became effective as of August 1, 2015, and all Minnesota LLCs are to be governed by the Revised Act effective as of January 1, 2018.

The new Act is patterned after the Revised Uniform Limited Liability Company Act (“RULLCA”), which was adopted by the National Conference of Commissioners on Uniform Laws.  Minnesota was the 11th state to adopt RULLCA, and the rationale behind adoption was to harmonize Minnesota’s unique LLC statute with LLC statutes in other jurisdictions.

Following are some of the more significant provisions contained in the new Act of which Minnesota business owners should be aware:

1. Shift From Corporate to Partnership Structure.  A hallmark of Minnesota’s prior LLC Act and perhaps its most unique aspect has been its reliance upon a “corporate” structure of governance.  Similar to a board of directors in a corporation, a Minnesota LLC (prior to the enactment of the new Act) was managed by a board of governors.

Under the new 322C, an LLC can be “manager-managed” or “member-managed.”  Unless the LLC’s operating agreement provides otherwise, an LLC is member-managed; meaning that the management of the LLC is vested in the members.  Each member has equal rights in the management and conduct of the LLC’s activities (in contrast to the prior Act where a select number of members could conceivably serve as the Board) and disagreements among the members as to a matter in the ordinary course of the LLC’s business will be decided by a majority of the members.

Should the operating agreement so provide, a manager-managed LLC implies that any matter relating to the activities of the LLC is decided exclusively by the managers.  Each manager has equally rights in the management and conduct of the LLC’s activities and disagreements among the managers as to a matter in the ordinary course of the LLC’s business will be decided by a majority of the managers.

Minnesota’s new LLC Act does preserve the option of an LLC electing to be “board managed”, which is a departure from RULLCA but nonetheless included in the new Act in part to ease the transition of a 322B LLC to the new statute.  Under the new Act, the board may consist of one or more governors as determined by a majority vote of the members.  The board acts only through the board, and no individual governor has any right or authority to bind the LLC.  Instead, only officers, managers or other agents as designated by the board may act for the LLC, and such individuals’ authority is limited to the authority granted to them by the board.

2. Importance of the Operating Agreement.  The key governing document for a 322C LLC is the operating agreement.

• 322C Operating Agreement vs. 322B Member Control Agreement:  The reliance upon an operating agreement as the key LLC document represents a departure from the prior Act which made the member control agreement the key document.

A  322C operating agreement, the foundational contract among the entity’s owners, is defined as the agreement, regardless of what it is called, and whether oral, in a record, implied, or in any combination thereof of all the members of an LLC, including a sole member, concerning the (1) relations among the members as members and between the members and the LLC; (2) the rights and duties of a person in the capacity of manager or governor; (3) the activities of the LLC and the conduct of those activities; and (4) the means and conditions for amending the operating agreement.

By contrast, a member control agreement, must be in writing and must be signed by the persons who, on the date the agreement first becomes effective, comprise all the members of the LLC (regardless of voting power), and all persons who are party to contribution agreements that on that date have not yet been fully performed.

• Voting Power:  Under Chapter 322B, the default rule for voting power is proportionate based on the value of the contributions of the Members, as reflected in the LLC records. Chapter 322C provides that the default rule for voting is per capita. In other words, unless the operating agreement provides otherwise, each member has equal voting rights in the management and conduct of the LLC’s activities.

• Duty of Loyalty and Duty of Care.  Under the existing Chapter 322B, the duty of loyalty and the duty of care are required duties among those in management control of a limited liability company. The duty of loyalty is the requirement to proceed with management decisions in good faith in the manner the decision maker reasonably believes to be in the best interest of the LLC. The duty of care is to proceed with a level of care which an ordinarily prudent person in a like position would exercise under similar circumstances. These duties may not be waived under 322B, although a decision maker’s personal liability for monetary damages for breach of such duties is subject to very limited modification and reduction.

Under new Chapter 322C, the duties of care and loyalty are applicable to the parties holding management control of the LLC (i.e., members, managers or board of governors, as the case may be) but may be reduced or modified under the operating agreement as follows: (1) the duty of care may be modified or restricted to the extent not “manifestly unreasonable”, except that such modification or restriction may not authorize intentional misconduct or known violation of law; and (2) the duty of loyalty may be entirely eliminated to the extent not “manifestly unreasonable.”

• Duty of Good Faith and Fair Dealing.  Chapter 322C, unlike its predecessor, provides that, in the absence of modification or restriction in the operating agreement, a new contractual obligation of good faith and fair dealing is imposed upon all members under the new Act. The duty requires the members to discharge the members’ duties and exercise any rights under the operating agreement consistently with the contractual obligations of good faith and fair dealing, including acting in a manner which, in light of the operating agreement, is honest, fair and reasonable.  The obligation of good faith and fair dealing may be restricted by specifying standards by which to evaluate whether the obligation has been met, so long as those standards are not “manifestly unreasonable”.

• Attorney General Authority.  The proposal includes several provisions from Chapter 322B providing authority to the Attorney General to act in specified situations; for example when an LLC is organized for a purpose not permitted by the Act

• Notice Provisions.  Chapter 322C modifies the provisions regarding filings of notices of authority, etc., to make them similar to those contained in the Uniform Partnership Act.

• Minnesota Specific Terminology.  Several provisions of the Act were revised to conform to provisions of other Minnesota business entity laws with respect to names, annual reports, electronic signatures, and the like, as well as Secretary of State filing requirements. Also some terminology was changed to match the current law, for example, Chapter 322C uses “Articles of Organization” to refer to the initial organizational filing instead of RULLCA’s “Certificate of Organization.”

• Piercing Issues.  Chapter 322B currently provides explicitly that that the case law regarding piercing the liability shield of a corporation also applies to limited liability companies. RULLCA had no such provision, and also provided that “the failure of a limited liability company to observe any particular formalities relating to the exercise of its powers or management of its activities is not a ground for imposing liability on the members or managers for the debts, obligations, or other liabilities of the company.” In response to the Attorney General’s concerns, Chapter 322C contains additional language to the effect that “[e]xcept as relates to the failure of a limited liability company to observe formalities relating exclusively to the management of its internal affairs, the case law that ‘states the conditions and circumstances under which the corporate veil of a corporation may be pierced under Minnesota law also applies to limited liability companies.”

• Remedies for Minority Owner Oppression.  In response to the concerns of some regarding the omission of Chapter 322B’s dissenters rights provisions, changes to the initial proposed language were made to clarify rights to dissolution and remedies short of dissolution if managers, governors, or members in control of an LLC have acted, are acting, or will act in a manner that is “oppressive”. These changes make clearer what constitutes “oppressive” conduct, include provisions clarifying that a forced buy-out of a member may be ordered by the court at fair value, and incorporate certain other changes.

5. Dissenters Rights.  Under the prior Minnesota Limited Liability Company Act, an LLC member may dissent and obtain payment for the fair value of the Member’s membership interest in an LLC, in the event of certain company actions as enumerated in the prior Act (although the members were permitted to waive such rights in the LLC’s member control agreement).  The new Act contains no provision for dissenters’ rights, thus removing a significant amount of leverage for a minority member of an LLC who objects to a course of action which the LLC has taken or proposes to take (although as noted earlier, the new Act includes additional language regarding oppressive conduct towards minority members).

As noted above, all Minnesota LLCs will be governed by the new Act as of January 1, 2018.  If your LLC was formed prior to August 1, 2015 -especially if it is a multi-member LLC – you will need to take steps to bring your LLC documents into compliance with the new Act sometime this year…and I know someone who can help you with that *wink* *wink*