What’s On Tap from the World of Brewery Law 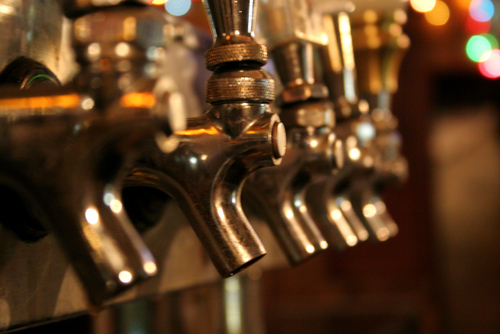 There is never a dull moment in the brewing industry, and this past week was no exception.  Here are just a few recent stories and my take on them:

MY TAKE:  First off, I don’t know why it was necessary to denote that Needham Distributing is “family-owned”, as if to curry sympathy in their fight against big bad Summit Brewing.  TRUST me, there is no sympathy when it comes to wholesalers.

We discussed this at length on the May 5 edition of the Minnesota Beercast, which you can listen to here.

MY TAKE:  We covered this one on the Beercast last week also.  While it is disturbing to hear wholesalers making noise about curbing taproom expansion, it is not surprising.  Historically, the wholesalers have profited the most amongst the three tiers, and the changing marketplace fueled by the growth of the craft beer industry is challenging their dominance.  The way we buy our beer is shifting away from liquor stores and instead to taprooms, where we consume pints and flights on premise and take growlers and crowlers and the occasional 750 mL bottle home.  If the wholesalers stick to their “we’ve always done it this way and we’ll continue to do it this way” mantra, and run to the government for protection from market forces, it will be the breweries, small independent liquor stores, and consumers, that will pay the price.

MY TAKE:  The continued acquisition of established craft breweries by the macro breweries is concerning to many in the industry.  I, however, do not fault these breweries for doing what in any other industry is considered a savvy move.

The bottom line is not every craft brewery has a predetermined group of owners ready to succeed to become the next generation of ownership.  That appears to be the case with breweries such as Wicked Weed and Lagunitas.  For those breweries looking to “craft” a different exit strategy, the time to start planning is now, not when you’re in your sixties.

MY TAKE:  this is going to stay a hot legal area in the craft brewing industry.  Despite the cries of avoiding what some call “craft on craft crime”, the proliferation of brands is going to inevitably lead to more disputes.  This is why we as lawyers run name clearances and file intent-to-use trademark applications right from the start and long before our clients pour their first pints.