What’s the Deal with the New “Independent Craft Brewer” Seal? 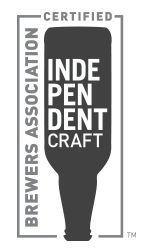 The Brewers Association, the trade organization for the U.S. craft brewing industry, recently announced a new marketing program in the wake of numerous acquisitions of traditional craft breweries by brewing giants such as AB InBev (parent corporation of Budweiser).

This new program allows craft breweries to use an “Independent Craft Brewer” seal as part of their marketing and packaging.

Use of the Independent Craft Brewer Seal is Free for Qualifying Brewers, provided they meet the following three criteria:

Requirements 1 and 3 are simple and straightforward. It is Requirement 2 – meeting the BA’s definition of “craft brewer” – that is the heart of this program.

The BA’s definition of “craft brewer” is as follows:

In other words, breweries who have sold out to macro brewers such as Lagunitas (Heineken), Anchor Steam (Sapporo), Goose Island, Elysian and Wicked Weed (AB InBev) do not qualify to display the seal.  Think of it like that old ad campaign “look for the union label.”

What does this all mean? It depends.

If you are one of those folks who only drinks “real craft beer”, then you’ll want to look for the BA seal when you visit your local brewery or when perusing the shelves at your local liquor store. If not, then this program will not matter much so keep on enjoying your favorite brew no matter who makes it, or owns who makes it.