Thoughts on the Supreme Court Vacancy 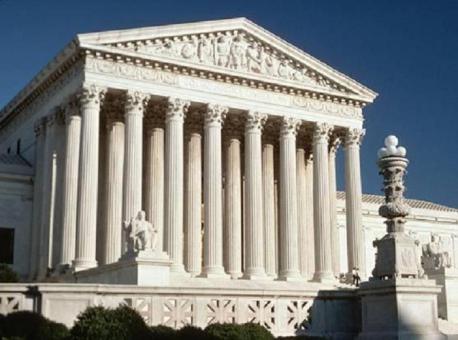 This past Tuesday, September 22, I started my morning by answering the Justice & Drew “bat signal” and calling in to briefly discuss the U.S. Supreme Court vacancy in the wake of Justice Ruth Bader Ginsberg’s death and my thoughts on the top two candidates (Judge Amy Coney Barrett from the 7th Circuit Court of Appeals and Judge Barbara Lagoa from the 11th Circuit Court of Appeals) to fill the seat. As I write this on September 26, we are mere hours away from President Trump confirming what was widely reported yesterday; namely, that he intends to nominate Judge Barrett for the vacancy. You can listen to that discussion here.

Later that same morning, I had a discussion on The BS Show with host Bob Sansevere as to the political ramifications of the Supreme Court vacancy, especially since Vice President Biden’s running mate, Senator Kamala Harris, sits on the Senate Judiciary Committee which will conduct the hearings. You can listen to that discussion here.

With Republicans seemingly having the votes to move Judge Barrett’s confirmation out of committee and approve her prior to the November 3 election I can’t help but think of the words of the immortal Terrell Owens, “getcha popcorn ready”.

There is no lack of commentary from both sides of the confirmation issue, far too much for me to list here. A good deal of discussion centers around what took place four years ago upon Justice Scalia’s passing and President Obama’s nomination of Merrick Garland to fill the seat (which, of course, the Senate refused to hold hearings upon). On that situation, and the contrast between that and what is taking place now, I would encourage readers to read this excellent piece by Dan McLaughlin of National Review – which, by the way, was authored PRIOR to Justice Ginsberg’s passing – that lists hard historical data regarding Supreme Court vacancies in a Presidential election year (29 occurrences total), how often the President has put forth a nominee in such circumstances (almost always), and the prospects for the nominee in front of the Senate (spoiler alert: when the President’s party controls the Senate, the President’s nominee is almost always confirmed; when the opposition party controls the Senate, the nominee is almost always rejected).

Finally, you can listen to my prior appearances on Justice & Drew and The BS Show on their respective show pages within this site.