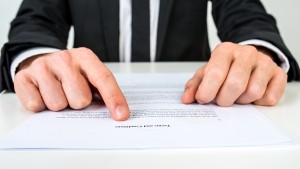 The internet has been abuzz this week over the case of Jennifer Connell, the woman who sued her own 12-year-old nephew over an injury she sustained when he was just 8, the result of an exuberant hug from the little boy.
Ms. Connell’s case sought to recover $120,000.00 from the boy as reimbursement for medical bills incurred after she broke her wrist in a fall resulting from the hug.
Some have labeled her the “Worst Aunt Ever”; one site dubbed her the “Auntie-Christ.”  Even worse, the boy’s mother died last year.

After losing her case, Ms. Connell and her nephew appeared – together – on The Today Show.

And, as the late great Paul Harvey used to say, now we know the rest of the story.

That “rest of the story” is that Ms. Connell never wanted to sue her nephew.  What she wanted was for his family’s homeowners insurance company to cover the medical bills for an injury sustained on the property which they insured.

That’s crazy, you say?  Well, guess what?  Minnesota law is the same as Connecticut on this issue.

In a 1962 Minnesota Supreme Court case entitled Hannah Miller v. Market Men’s Mutual Insurance Company, the Court stated that “it is established in this state that an injured person possesses no direct cause of action against the insurer of the tortfeasor prior to recovery of judgment against the latter.”  This holding is based on a theory of law called “privity of contract”, a common law doctrine which provides that a contract cannot confer rights or impose obligations arising under it on any person or agent except the parties to it.

The Connell case is an extreme example of a very common occurrence, especially in failure to disclose claims brought by a homeowner against the person(s) who sold them the home.  The law in this regard is quite settled and, even when it can lead to absurd results such as an aunt suing her own nephew over a hug, it is not likely to change.