Jeffrey O'BrienPosted on May 1, 2014 Posted in Blog, Business Law, Delaware 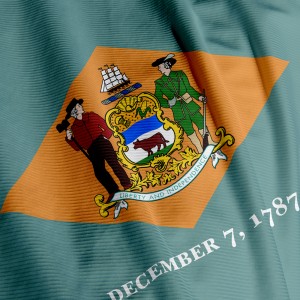 An initial discussion with a client interested in forming a new business typically covers at least two issues: (1) what type of entity to form; and (2) what state should the entity be formed in.  As part of discussing issue #2, we business lawyers typically discuss the possibility of forming a Delaware entity, and Kevin Hunter and I discussed Delaware business entities on the April 30, 2014 edition of The Business Forum Show.

Since the early 1900s, Delaware has been a popular state for businesses to incorporate in.  Almost every business lawyer – myself included – studied Delaware’s corporate statutes and case law in law school (and the American Bar Association has enacted rules allowing lawyers from outside of Delaware to form Delaware entities without being licensed by that state).  According to the Delaware Department of State, Division of Corporations, of the corporations that make up the Fortune 500, more than one-half are incorporated in Delaware.  The LLC boom that began in the late 1970s and took off in earnest in the 1990s did nothing to reverse this trend, either.

What is so special about Delaware for incorporating a business?  Here are a few factors that come up time and again as part of the discussion:

1.      Delaware’s Corporate Laws are Flexible and Favorable to Management:  the Delaware General Corporation Law  contains numerous provisions that many believe allow business to operate more efficiently.    For example, one provision allows for committees of directors to have alternate members so that, if a committee member is absent, the committee can still function legitimately.  Also, you will find no “dissenters rights” in either Delaware’s corporation or limited liability company statutes.  By contrast, Minnesota does provide such “dissenters rights”  which protect the rights of minority owners and serve as a check on management.

2.      Delaware Has a Substantial Body of Case Law Interpreting Its Corporate Statutes:  Delaware has a unique court called the Court of Chancery , which was founded in 1792 and which operates without juries.  As a result, in part due to this Court’s existence and in part due to the sheer number of Delaware entities (due to the aforementioned factor #1), there is a significant body of case law deciding various points and nuances of Delaware’s corporate statutes.  We lawyers like certainty and when we can find a decision that is on point and favorable to our client’s proposed course of action, we want that decision to apply to our client’s situation.  The easiest way to make that happen is to incorporate the client’s business entity in Delaware.

3.      There are Tax Advantages to Incorporating in Delaware:  Delaware does not have a corporate income tax; rather, it has a minimal “franchise tax”.  This is a significant advantage for entities where owners are in different states.  Suppose you have an LLC comprised of a Minnesota resident and a Wisconsin resident.  If you form the LLC in Wisconsin, the Minnesota resident will be subject to tax imposed by the State of Wisconsin on the LLC; if the LLC is formed in Minnesota, the opposite result occurs.  If, however, the entity is formed in Delaware, each owner is responsible for paying income tax on monies received under their state of residence and the franchise tax (which is very likely less than any income tax owed to a non-resident state) is paid to Delaware.  This is a very powerful factor in the decision as to where to situs the entity.

4.      Incorporation Fees Are Less in Delaware:  It costs $89 to incorporate a business in Delaware; in Minnesota it costs $160.  For a startup business trying to operate on a shoe string budget, that’s a big difference.  Note, however, that if you do not reside or have a business office in Delaware, you’ll need a registered agent and most professional agents will charge a few hundred dollars annually.

5.      Privacy:  Delaware does not require director or officer names to be listed in the formation documents.  For some businesses, this extra level of privacy compared with other jurisdictions is an added benefit of incorporating in Delaware.

Delaware is not going to be the entity of choice for every business owner.  In fact, most of the entities I form are formed in the client’s state of residence (either Minnesota or Wisconsin – I’m licensed to practice in both states).  However, for the reasons set forth above, Delaware typically works its way into that initial conversation.

Archived segments are available by visiting The Business Forum Show page of my website, and be sure to tune in live (or listen to a podcast recording of the show) here.